Suicide is the biggest cause of death for British men under 45.

In 2021 Wander joined a nationwide campaign with iconic sports brand Decathlon and visionary mental health charity HUMEN to raise awareness and funding to address the epidemic of male suicide.

The Rise Against Suicide Sunrise Walk is an event hosted in November 2021 to walk 4,657 metres, one meter for every man who died by suicide in 2021.

Released in November 2021, the launch film was shared with hundreds of thousands of people, and was featured in The Independent as an exclusive release. 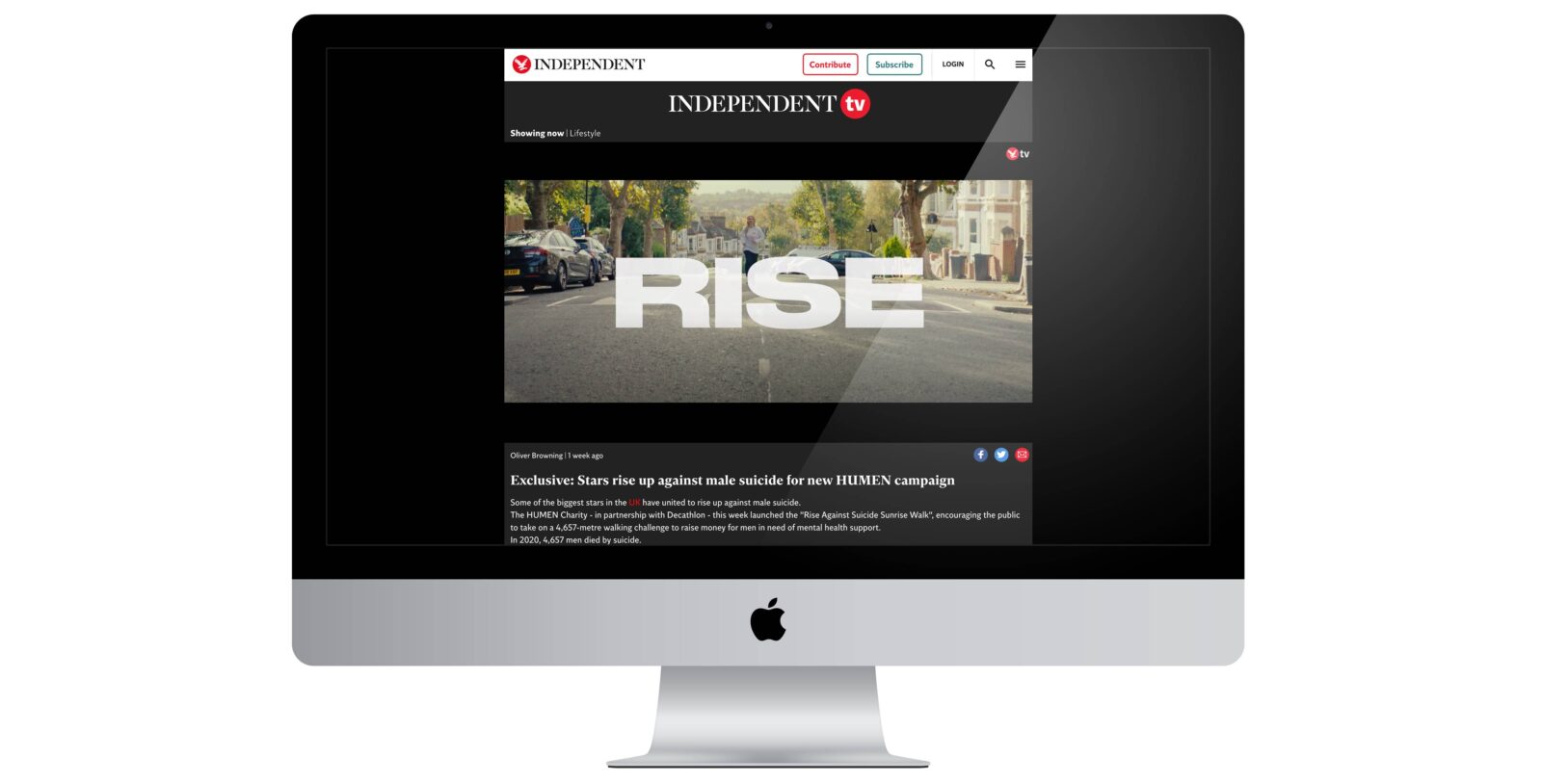 Such an incredible campaign for a great cause, well done!

The final walk was completed in dozens of locations across the nation, raising tens of thousands of pounds to better understand mental health within young men, to become one of the largest male suicide campaigns of its kind.